John Deare displayed his great skill in carving a variety of levels and textures in this sculpture, from the low relief of the Cupid and putti to the smooth, half-relief of Venus, and finally to the sea-goat’s fully three-dimensional snout and wavy strands of hair. Deare’s depiction of Lust as a woman riding a goat forms part of an iconographic tradition that has been popular since the Middle Ages. 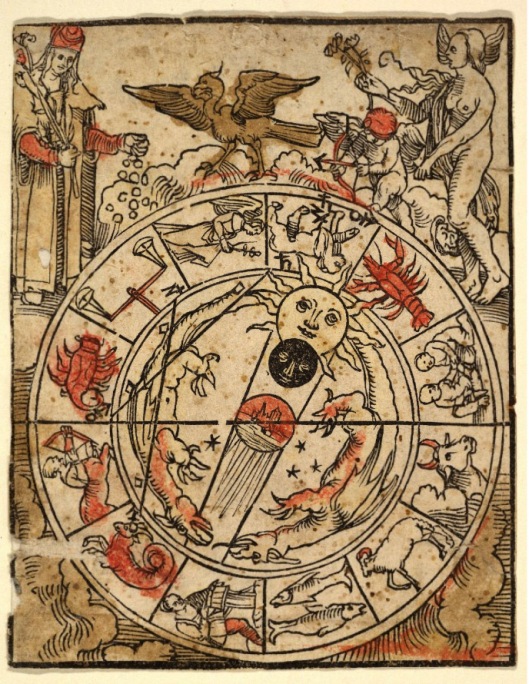 Chart of the Signs of the Zodiac with Venus, Cupid, and a Bishop Saint 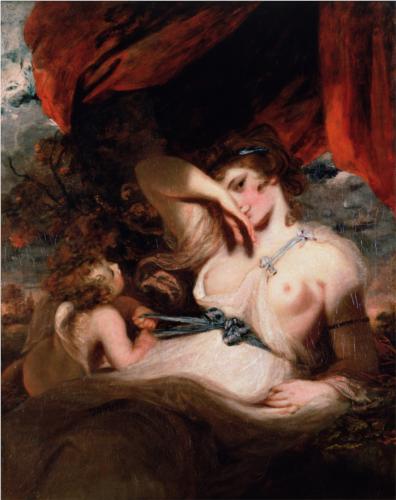 Cupid Unfastening the Girdle of Venus

In this work of charming but sensuous intimacy – Reynolds originally suggested it should be called “Half Consenting” – the goddess of beauty and love, Venus, is a coquettish young woman, hiding her face from immodest glances with her arm. Mischievous Cupid is pulling at the end of the blue silk ribbon which encircles her waist, looking attentively up at his mother to watch her reaction. 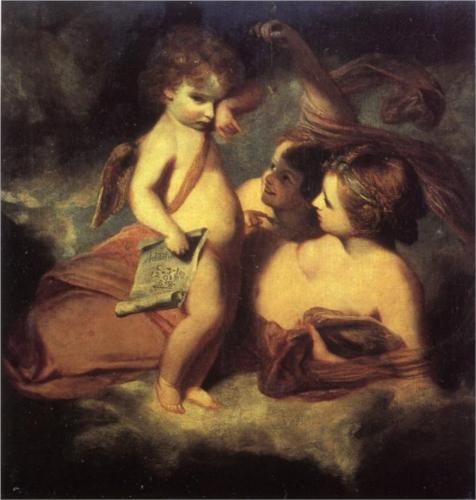 In this painting, Venus is shown with her son Cupid (also known as Eros) who embodied sensual, earthly love and a second child, presumably his brother and counterpart Anteros, who symbolised spiritual, virtuous love. Venus has taken Cupid’s weapon, the dart, which he shoots at unsuspecting mortals to make them fall in love. This is punishment for the crime he has committed. He has neglected his duties as a spreader of love and has spent his time learning to do sums, seen on the sheet of accounts he holds. Without his dart, Cupid is a sad, emasculated little figure; but the tone of the painting as a whole is light-hearted and witty.

Joshua Reynolds (1723–1792) was a portrait painter to 18th Century London society. He was also co-founder and first president of the Royal Academy and gave widely respected lectures on art.

Reynolds started his career as an apprentice to the portraitist Thomas Hudson. In 1749 Reynolds travelled to Italy to study classical painting and sculpture, which is where he developed his style. Inspired by Michelangelo, he painted in the Grand Style, making his sitters seem perfect and dignified. With his rival Thomas Gainsborough he became the most influential London portrait painter of his age. Politicians, actors, aristocrats and royalty all sat for him.

Paintings with notable subjects include Samuel Johnson, David Garrick, the Duchess of Devonshire and Horace Walpole, the youngest son of the prime minister. The portrait of Lord Heathfield (1787) shows how dramatic Reynolds could be. Lord Heathfield was governor of Gibraltar and defended it against a long siege. Reynolds shows him standing against a sky filled with dark gun smoke, holding out the key of the fortress.