The Royal Eise Eisinga Planetarium  is an 18th-century orrery in Franeker, Friesland, Netherlands. It is currently a museum and open to the public. The orrery has been on the top 100 Dutch heritage sites list since 1990 and in December 2011 was nominated as a UNESCO World Heritage Site candidate. 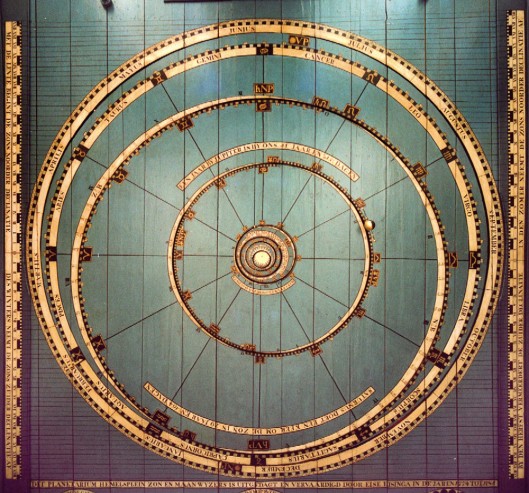 The Royal Eise Eisinga Planetarium in Franeker is the oldest working planetarium in the world. Its moving model of the solar system was constructed between 1774 and 1781 by Eise Eisinga, a Frisian wool-comber. It is still in its original state.

The planetarium has always been accessible to interested members of the public. It has also received scientific recognition. All Eisinga’s books and writings have been preserved and are accessible to the public.